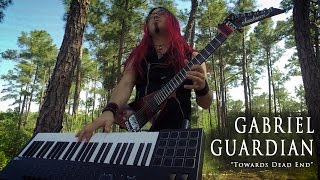 This NEW Children of Bodom cover will Melt Your Face!!!

Gabriel Guardian's latest shred video is a fitting tribute to Children of Bodom, a band that has been a huge inspiration to both him and Immortal Guardian. He decided to release the video in April being that it is the birth month of both guitarist Alexi Leiho AND keyboardist Joanne Warmen in addition to being the 19th anniverseary of their album Hatebreeder where "Towards Dead End" was released. The video was filmed in the lost pine forests of East Texas... the closest thing